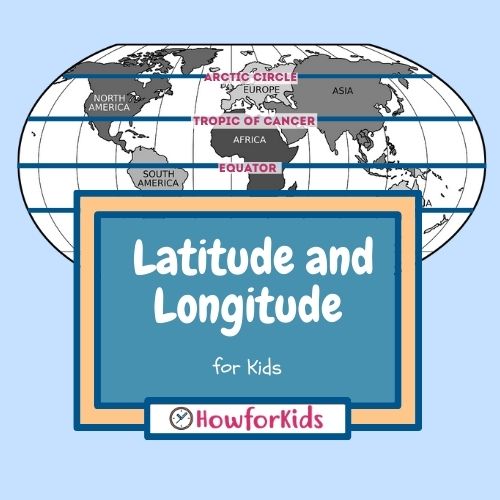 Latitude and Longitud for Primary School

A key geographic question throughout the human experience has been, “Where am I?” In classical Greece and ancient China, attempts were made to create systems to answer this question. The ancient Greek geographer Ptolemy created a grid system and listed the coordinates of places throughout the known world in his book Geography. But it was not until the Middle Ages that the latitude and longitude system was developed and implemented. This system is written in degrees, using the symbol °.

Latitude and longitude are imaginary lines drawn on maps to easily locate places on Earth. The Earth is basically a sphere that rotates around an axis, in the same way a spinning top spins. The North Pole is at one end of the axis. The South Pole is at the other end. Between the poles, exactly in the middle, there is an imaginary line called the equator.

A geographic coordinate system (GCS) uses a three-dimensional spherical surface to define locations on the earth.

The latitude of a place is its distance north or south of the equator.

The equator itself has zero degrees of latitude (0 °). The degree of latitude is the same as the degree of the angle formed between the equator and the north and south points. Imagine that you can draw a line from the North Pole to the center of the Earth and from the center to the surface. The lines would form an angle of 90 °. That is why the North Pole has the latitude of 90 ° N, and the South Pole has the latitude of 90 ° S. The lines of latitude run parallel to the equator and are often referred to as parallels.

Lines of longitude, which run the length of the Earth, go from the North Pole to the South Pole and intersect lines of latitude at right angles.

Circles of latitude are imaginary circles from east to west that connect all places with the same latitude. The reference plane for all Circles of Latitude is the Equatorial Circle of Latitude that divides the Earth in two. All circles of latitude are parallel to the equator and perpendicular to all longitudes at the points of intersection. The parallels are smaller towards the poles than towards the equatorial plane. Unlike latitudes that have the equator as the central latitude, the prime meridian or Meridian Zero has been established as the reference point for meridians throughout history.

The circles of latitude are called parallels, while the middle of a longitudinal circle is called the meridian. Meridians are important for setting time zones. There are five main parallels that are helpful in explaining the correlation between the Earth, the Sun, and the weather. As such, these five main parallels also mark the five geographic zones. These are:

This parallel of latitude is currently 66 ° south of the equator. Like the Arctic, the position of the Antarctic Circles is not fixed, since their exact location depends on the axial tilt of the Earth, which fluctuates within a range of 2 ° in a period of 40,000 years, mainly due to forces of the tides resulting from the orbit of the Moon.

Geography for Kids: What are Tropics of Cancer and Capricorn?

The Tropic of Capricorn is another Circle of Latitude currently located 23 ° south of the Equator. It is also known as the Tropic of the South. The Tropic of Capricorn is the parallel on which the Winter Solstice occurs when once a year the sun appears directly over the southernmost part of the parallel. This event occurs in the month of December. These two parallels enclose the area of ​​the Earth known as The Tropics, characterized by a temperate to warm climate and exuberant vegetation. Like the Arctic Circle, the tropics of Cancer and Capricorn also vary depending on the tilt of the Earth.

The Equator: Where is the equator located?

The equator is the parallel line located at 0 °. It is identified as the latitude that falls at the point that is halfway between the North Pole and the South Pole. The Equator covers a distance on the Earth’s surface of approximately 40,000 km long (24,901 miles). The sun is perpendicular to the equator twice a year in March and September. This event is called the equinox. The areas on the Earth’s surface that fall on the equator are characterized by almost constant lengths of day and night. Similarly, the equator fluctuates and is identified as the plane that is perpendicular to the axis of rotation of the Earth.

Greenwich Meridian: What is the Prime Meridian?

The Zero Meridian is the meridian defined as 0 ° of longitude. It is the longitudinal meridian of reference. Unlike the position of the Equator which is determined by the Earth’s axis of rotation, the position of the Greenwich Meridian has been arbitrarily defined over the years in Greenwich, UK. The Zero Meridian divides the Earth into two hemispheres, the Western Hemisphere to the west and the Eastern Hemisphere to the east.

How do latitude and longitude work together?

To accurately locate points on the earth’s surface, the degrees of longitude and latitude have been divided into minutes (‘) and seconds (‘). There are 60 minutes in each grade. Every minute is divided into 60 seconds. Seconds can be divided into tenths, hundredths, or even thousandths. For example, the US Capitol is located at 38 ° 53 ′ 23 ″ N, 77 ° 00 ’27” W (38 degrees, 53 minutes and 23 seconds north of the equator and 77 degrees, no minutes and 27 seconds west of the meridian through Greenwich, England). 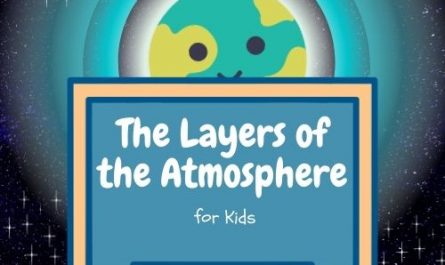