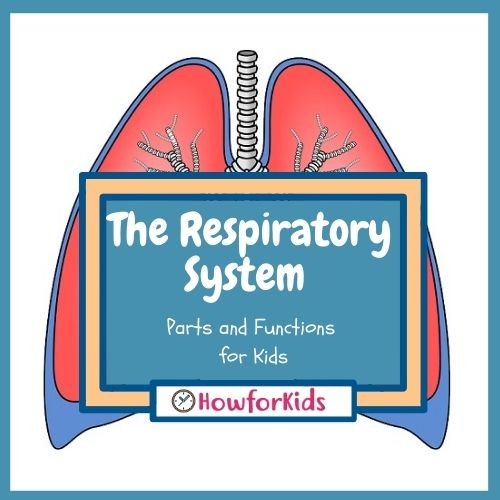 In this article we are going to explain the respiratory system for elementary school children and the breathing process step by step, the process of human respiration. All living things breathe, both plants and animals, on land or in water. Respiration is a characteristic common to all living beings. Of course, plants and fish use different organs to breathe, compared to humans.

The Respiratory Process for Kids

Function of the Respiratory System

Respiratory System for Children: Respiration is a natural phenomenon that allows taking in oxygen and eliminating carbon dioxide. All cells need a constant supply of oxygen in order to live. The air we inhale is made up of a mixture of gases.

What is the Main Function of the Respiratory System

What is oxygen? Oxygen (O2) is an invisible gas, which is part of the air and is used for life on planet earth. We incorporate it through the respiratory system. It helps transform the food you eat into energy. Oxygen is more abundant in the air that enters the lungs. During this process, another gas is generated, carbon dioxide (CO2), which is a waste product and must be removed from the body. It is most abundant in the air that comes out of the lungs.

How Breathing Works: Explanation for Children

The respiratory system is made up of various organs and vessels that participate in the breathing process. Some organs of the respiratory system are located within what is called the thorax, which is limited by the ribs and the diaphragm. The respiratory tracts are the conduits through which the air circulates. They are divided into: Upper and Lower Respiratory Tracts

The Breathing Process in Humans for Kids

Breathing does not depend on our will; it is an involuntary and automatic process. Where does the air we breathe go? We are going to explain the Respiratory System for Children.

Air enters through the nose or mouth. It passes through the throat, where the pharynx and larynx are, into the trachea. The trachea then divides in two tubes called bronchi that enter each of your two lungs, the right and left lung. These bronchi lead the air into smaller branches, the bronchioles (they are like branches in a tree) about as thick as a hair. These smaller branches or bronchioles end in air sacs called alveoli. There are millions of alveoli in each lung. They are like tiny balloons covered with tiny, very thin blood vessels called capillaries.

When we breathe in, the lungs fill with air. Part of the oxygen in the air passes into the blood and is transported to the cells. Inside the cells, the blood picks up carbon dioxide which gets carried back to the lungs. There, when we breathe out, the CO2 is eliminated.

What are the Main Organs of the Respiratory System?

The nostrils are the cavities inside the nose. In them, there are fine hairs and mucus. The function of the nostrils is to filter and heat the air that enters, blocking dust and other particles from entering the body.

This organ located in the neck, it is part of both the respiratory system and the digestive system. Air and food pass through this cavity. That is why it works in conjunction with the larynx, controlling the opening and closing of the airways towards the trachea and the digestive tract towards the esophagus.

It is a tube that carries air from the nose to the windpipe. The larynx contains the vocal cords, which move when air passes, allowing the emission of sounds, our voice. It has a “cap” called the epiglottis that closes off access to the airways while food is sent up the digestive tract.

The trachea is a tube formed by cartilaginous rings, which give it flexibility and prevent it from closing, interrupting the passage of air. It is located between the larynx and the bronchi.

What are Bronchi and Bronchioles?

The trachea forks into two tubes called bronchi: The right bronchus and the left bronchus, which carry air to each of the lungs.

The bronchioles are the increasingly thin branches of the bronchi, which end in the pulmonary alveoli.

Respiratory System for Children: What are the pulmonary alveoli?

Lungs How do Lungs Work?

Where are the Lungs located in the Body?

What are the Lungs? The lungs are two soft, pinkish organs with a texture similar to that of a sponge. The left lung is slightly smaller than the right one. It leaves some extra space for the heart. The air that enters through the nostrils reaches the lungs. It does not arrive cold, but it gets warmer on its way.

The lungs take up much of the space inside our chest (thorax). They are protected by the rib cage. This “cage” is formed by the ribs, and it surrounds the lungs to keep them safe. Below the lungs there’s the diaphragm. It is a muscle that alternately rises and drops during the breathing process.

The diaphragm is a dome-shaped muscle that separates the thoracic cavity from the abdominal cavity. By contracting and relaxing, it allows the chest to expand and shrink. When we breathe in, the diaphragm lowers, allowing air to enter the lungs. And when we exhale, it rises, favoring the expulsion of air filled with carbon dioxide.

The main function of the intercostal muscles is to allow respiratory movements together with the diaphragm, to provide oxygen to the different tissues.

They are the bones that make up the thorax forming the rib cage, and protect the lungs and heart.

The Functioning of the Respiratory System

The lungs are over-prepared to do the work we need them to do. Healthy people without lung disease use only 70 percent of their lung capacity.

Why is total lung capacity important? Lung capacity predicts health and longevity and can be used as a tool to assess general health. Our lung capacity decreases with age and as we age, the lungs find it more difficult to breathe and retain air. If we breathe less oxygen, the cells of the body receive less oxygen. The heart must pump more to distribute more oxygen throughout the body. If the heart keeps working overtime in the long term it can lead to heart failure.

The Mechanics of Human Breathing: Inhalation and Exhalation Mechanism

On inhalation (inspiration), the lungs expand due to contraction of the intercostal muscles and the descending diaphragm (muscle on which the lungs rest). This causes air to enter the body, carrying oxygen. As your lungs expand, they fill with air.

During the exhalation (expiration) of air the reverse happens. The diaphragm relaxes, the intercostal muscles relax, and the rib cage decreases in size. The lungs contract and the air is expelled with all that carbon dioxide.

General Information of the Respiratory System

The respiratory system works in conjunction with the circulatory system. It is one of the body’s nutritional systems. Oxygen from the pulmonary alveoli enters the blood through small capillaries. From there, it is transported to the heart, from where it is sent to all the rest of the human body. In reverse, carbon dioxide (CO2), which leaves the cells of the body, travels through the capillaries back to the heart that sends this blood to the lungs. There, the opposite process will take place, so that CO2 can be exhaled from the body.

The true respiration happens in the cells: The oxygen of the air that you inhale through the nostrils, reaches the lungs and from there it goes into the blood. It enters the tiny blood vessels and travels to every inch of your body. At the same time, carbon dioxide travels from the blood into the alveoli to be removed. The carbon dioxide that is produced in cells is eliminated in respiration.

Read also: What is a Cell. Parts and Functions for Kids

What is the purpose of true respiration?

For your body to get energy from food, you need oxygen. The true respiration, or cellular respiration, happens in the cells. It is the set of biochemical reactions that allow molecular degradation and obtaining energy. The purpose is gas exchange. Intake of oxygen and elimination of carbon dioxide, with the consequent obtaining of energy. 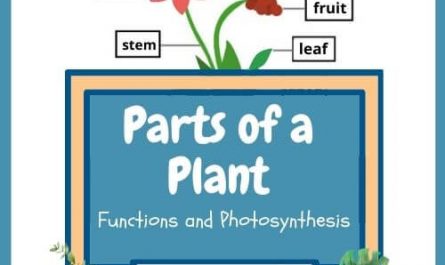 Parts of a Plant for Kids: Functions & Photosynthesis 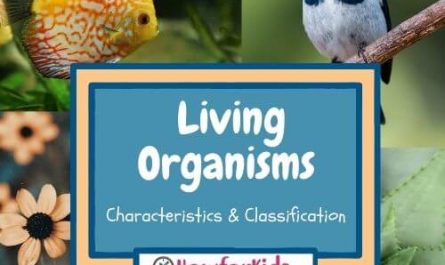 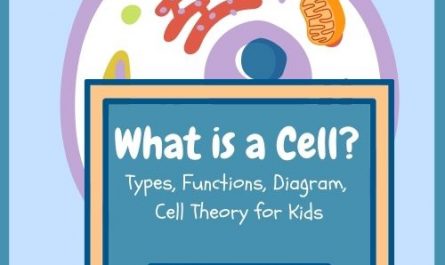 3 thoughts on “Respiratory System Parts and Functions for Kids”