Our planet is inhabited by a great diversity of animals. We will explain in a simple way what are vertebrates and invertebrates for kids and their characteristics.

Aristotle, a Greek scientist and philosopher who lived in the 4th century BC, was the first to devise a way to classify living things.

Aristotle’s system was based on complexity. He organized living organisms according to their complexity, from the lowest (small invertebrates) to the highest (human beings).

The classifications were based on the observable characteristics of these organisms.

Aristotle divided animals into two types: those with blood and those without blood. This division corresponds closely to the division between vertebrates and invertebrates that is used today. He organized groups of animals with similar characteristics and called them genera.

Within the blooded animals, there were five genera. Let’s see what are the differences and characteristics of each group.

What are Vertebrate and Invertebrate Animals?

Classifying Vertebrates and Invertebrates for Kids

Main Characteristics of the Vertebrates

Vertebrate animals are classified into five groups. They are:

The body of mammals is covered with hairs. Some are aquatic, others terrestrial. They develop inside the female’s body.

As with any rule, there are exceptions. Here are some exceptions related to the characteristics of mammals:

The main orders in which Mammals are classified are:

Invertebrates belong to a very varied group of animals that are characterized by not having vertebrae, no vertebral column or articulated internal skeleton. They are usually small in size and most have an external skeleton called an exoskeleton in the form of a shell or shell that protects them. Invertebrates are found in various environments. Some live in terrestrial environments while others are aquatic. Most invertebrates are oviparous, that is, they reproduce by means of eggs. Although there are also a large number of asexual invertebrates.

They have a body formed by a rigid external skeleton that provides support and protection and articulated legs. Some have wings. They are classified as: Insects, arachnids, myriapods and crustaceans.

They have a soft body without legs. They can be terrestrial or aquatic. They may have a hard outer shell (snails) or an inner shell (clams, mussels, squid) or not (octopus and slugs). They are divided into three groups: gastropods, bivalves and cephalopods.

There are three types:

They are marine animals with radial symmetry, like the wheel of a bicycle. They move around using a system called the ambulatory system. Starfish have an external skeleton made of limestone plate with five arms. They may have hard spines that protrude from the body. Its body is flattened and in its lower part is the mouth.

They are aquatic invertebrates, characterized by having a soft, gelatinous and transparent body that floats in the water. Its tentacles secrete toxic substances capable of causing irritation. (Jellyfish, anemones, hydras, corals and polyps).

Although it looks like a plant, it is a very simple animal shaped like a sack. It has an upper hole and lateral pores. Their habitat is water and they live attached to rocks. The water is filtered through their pores where it retains the substances that will serve as food.

The embryo develops inside the mother’s womb. It is one of the three kinds of sexual reproduction of animals (most characteristic of mammals).

They are those animals whose reproduction is carried out by means of. They finish their development on the outside unlike the viviparous ones that do it inside their mother.

They have aspects in common with both the oviparous and the viviparous. Ovoviviparous are those animals that lay eggs, but these remain inside the mother until they are fully developed. The hatching of the eggs in this kind of reproduction can take place before parturition or after, depending on the species. It is the reproduction of some invertebrates and reptiles. 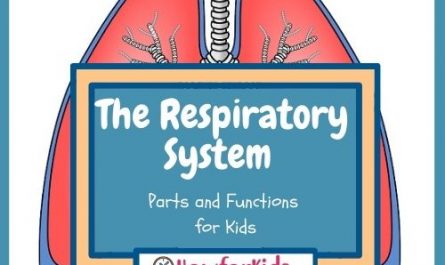